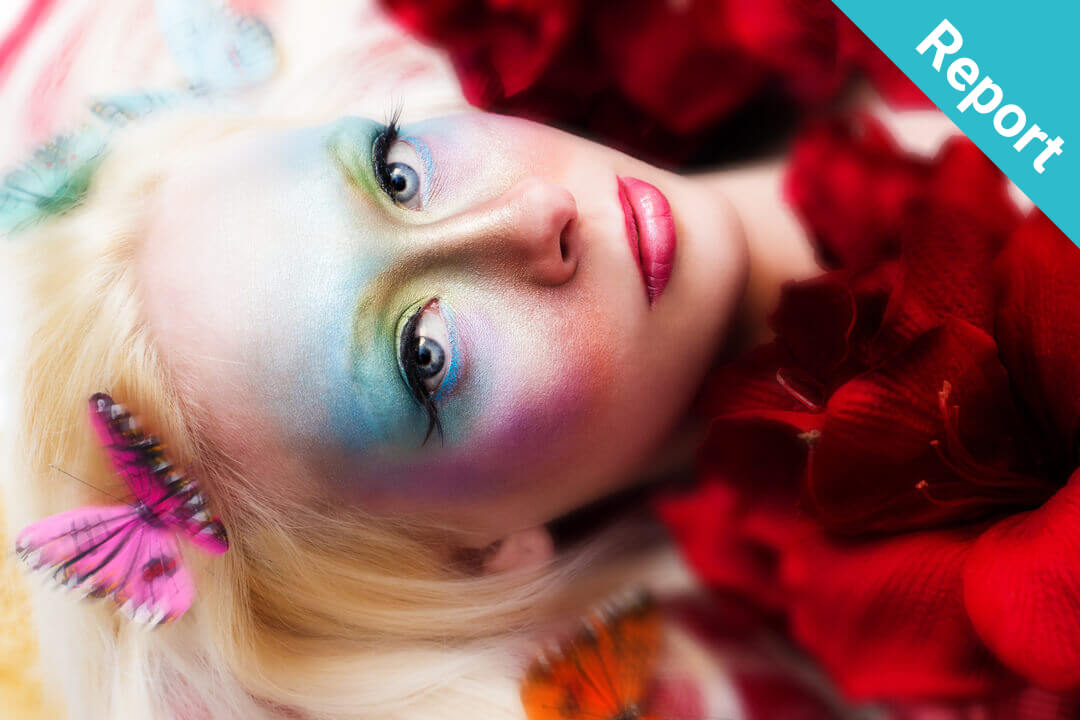 The Breast Cancer Awareness Month which just ended, has encouraged many to get checked early. Early detection undoubtedly saves lives, but additional steps can be taken to reduce the risk. One of the factors suspected of affecting the rising incidence of breast cancer is the increasing exposure to contaminants in our environment [1]. Therefore, we decided to explore how common are breast cancer related ingredients in personal care and beauty products sold online.

We sampled the ingredient lists of over 8,000 products, which were offered for sale by some of the leading online retailers in the USA, over the past 4 months. The products, including makeup, skin care, hair care, and similar categories, were browsed online by users of Clearya, the ingredient safety browser extension.

In order to spot potentially unsafe chemicals in the products, we matched the entire ingredient list of each of the 8,000 products to official toxicology datasets, created by the California Environmental Protection Agency, the U.S. FDA, the Government of Canada, the European Union’s Commission, the European Chemicals Agency, the United Nations Environment Programme, and others.

Out of the sampled products, the ingredient lists of 121 products contained 19 different known or suspected carcinogens (chemicals that may cause cancer). Two of the ingredients, phenacetin and progesterone, are included in the Silent Spring Institute’s breast cancer top priority list, and the rest are linked to cancer, but not necessarily to breast cancer specifically.

Many of these 19 carcinogens are prohibited in cosmetics in Europe [3] and in Canada [4]. However, they are not banned in the US, despite the fact that most of them are classified in California as known to cause cancer [14], including formaldehyde, cocamide DEA, BHA, and others.

So far we talked about potentially unsafe ingredients that are intentionally added to personal care products. But that is not the full picture. Certain safe ingredients are known to be prone to be contaminated with unintended toxic residues. The residues form as an expected byproduct during the normal manufacturing process of the ingredient. These unintended chemicals are called trace contaminants because of their tiny quantity in the final product.

But what if many of the products we use daily contain these trace contaminants? Would they accumulate in our body to an unsafe level? At this stage, we set to discover how common are breast cancer related contamination-prone ingredients in personal care products.

Unfortunately, our ingredient list analysis shows that hundreds of products in our sample include ingredients which may contain several of the Silent Spring Institute’s top priority breast cancer chemicals as trace contaminants: PAHs, acrylamide, and 1,3-butadiene. In addition, thousands of our sampled products include ingredients which may contain the trace contaminant 1,4-dioxane, another potential human carcinogen (and a mammary carcinogen in lab animals).

1,4-dioxane, a potential human carcinogen, is probably the best example of a toxic chemical that can be present in many cosmetics products despite the fact it is not added intentionally,  and therefore not listed on the label. 1,4-dioxane inevitably forms at very small amounts when many cosmetic ingredients go through a manufacturing process called “ethoxylation”. This sounds complicated, but it’s actually simple to spot ethoxylated ingredients (potentially contaminated with 1,4-dioxane). According to the U.S. FDA [5] ethoxylated cosmetic ingredients can be identified by the terms 'PEG', 'Polyethylene', 'Polyoxyethylene', and the suffixes '-eth-', or '-oxynol-' in their names. The FDA recommends (but does not legally require) manufacturers to reduce the amount of 1,4-dioxane by applying extra purification steps.

The State of California’s Department of Toxic Substance Control (DTSC) is concerned too.

According to DTSC [12] “many personal care and cleaning products are washed down the drain during or after use, releasing 1,4-dioxane into wastewater, … , making it hard for California to beneficially reuse wastewater for drinking water."

Another breast cancer top priority chemical group is “polycyclic aromatic hydrocarbons”, or in short PAHs. Exposure occurs mainly through smoking or inhaling polluted air, but PAHs can also exist in petroleum-derived ingredients, like petrolatum (moisturizer), in case the petrolatum hasn’t been refined adequately. That’s why the Euroepan Union prohibits petrolatum in cosmetics "except if the full refining history is known and it can be shown that the substance from which it is produced is not a carcinogen" [3]. A similar restriction is not enforced by the U.S. cosmetics regulation.

214 products in our sample contained petrolatum.

168 products in our sample contained polyacrylamides.

Another risk to women’s health is posed by endocrine disruptors: substances that can interfere with hormone signalling. Endocrine disruptors can be related to breast cancer when they mimic or block the hormonal pathways that regulate the growth and functioning of breast tissues.

We found in our sample 1,197 products (14.7%) with 18 different ingredients classified as known or suspected endocrine disruptors, according to the EU Commission, the European Chemicals Agency, or the UN Environment Programme.

Most of these ingredients are related to estrogenic activity (estrogen hormones play a major role in breast cell development), according to scientific references collected by The Endocrine Disruption Exchange’s (TEDX) List of Potential Endocrine Disruptors [10], including triclosan, triphenyl phosphate, butylparaben, methylparaben, propylparaben, ethylparaben.

33 products contained isopropylparaben or isobutylparaben, which are listed by TEDX as endocrine disruptors related to estrogen as well, and are banned in cosmetics in Europe due to insufficient safety data [11] - but again, allowed in the U.S.

This analysis relies on the accuracy and completeness of the ingredient lists published by brands at the online stores supported by the Clearya browser extension.

However, one notorious “ingredient” could get away without being assessed: “Fragrance”. We’d like to think of fragrance as a natural extraction of botanical ingredients, but in reality the scent added to personal care products could be the result of a synthetic chemical cocktail including phthalates and other known toxic chemicals [13].

Unfortunately, brands are currently allowed to use the word “Fragrance” in their ingredient lists, instead of transparently disclosing the actual chemicals used to produce the scent, leaving consumers in the dark about the chemicals they are exposed to.

Evidently, fragrance sells. 2,904 of the sampled products (36%) included the obscure terms “Fragrance” or “Parfum” in their ingredient list.

How to reduce your exposure?

The report focused on potentially harmful ingredients found by sampling 8,000 products. However, it should be noted that in all the online stores surveyed, alongside the products containing the ingredients described, equivalent products were found which ingredient lists did not contain toxic ingredients.

The challenge we face as consumers is to make the right choice. As you can see, it is important to insist on reading the ingredient list of personal care and beauty products, and not rely solely on marketing claims. Here are a few things that can help:

Disclaimer: the content in this blog post is provided for general information, and does not substitute any medical advice by your own doctor or another health care professional. Contact hello@clearya.com for questions or comments.