BPA-Free? Not What You Expected

BPA-Free? Not What You Expected 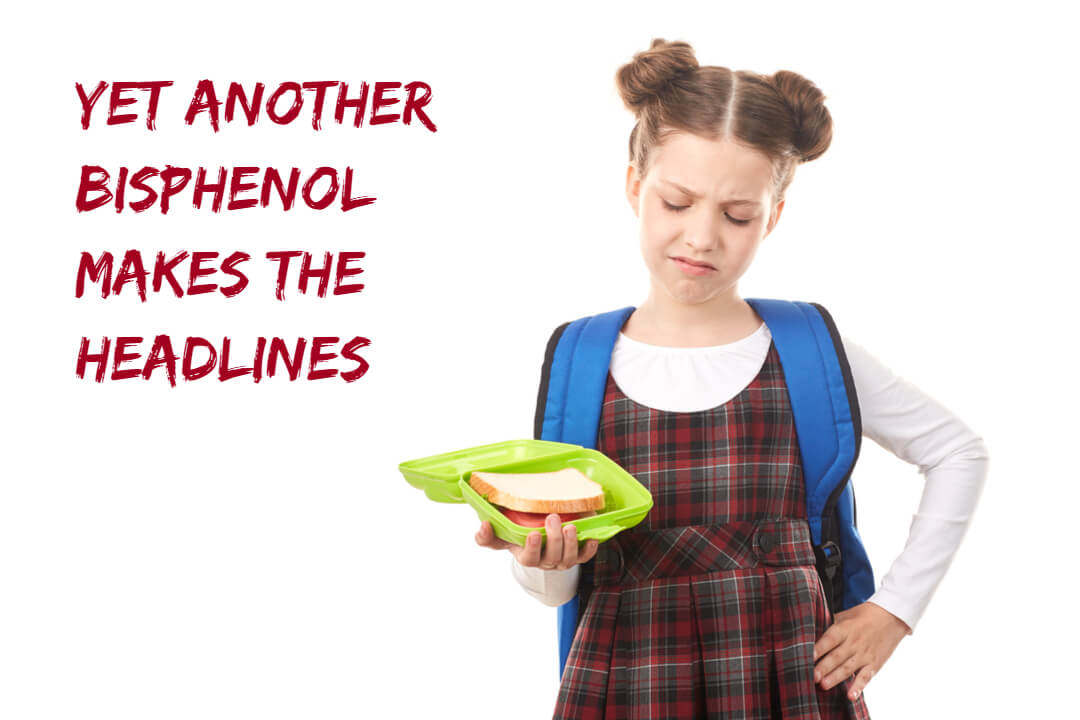 Here it goes again: our kids are back to school, and we’re back to stock up on lunch boxes, water bottles, and other school and kindergarten supplies.

If you're reading this, you’re probably a health-aware parent that seeks the best for your children. You’re also busy, so let’s start with the bottom line, and you can read the details later:

BPA, or bisphenol A, is a synthetic compound used to make polycarbonate plastic containers tough and clear, line metal cans, and more. It’s so widely used, that over 90% of 2,517 Americans sampled in 2004 had it in their urine [1]. When BPA enters our body, it mimics the estrogen hormone and may disrupt the normal regulation of vital processes. According to the American Academy of Pediatrics, BPA can potentially change the timing of puberty, decrease fertility, increase body fat, and affect the nervous and immune systems. This is actually “old news” and has been shown in hundreds of scientific studies in animals and humans [e.g. 2, 3, 4].

BPA was finally banned in baby bottles and sippy cups in 2012 (but allowed in other products: you may find it in plastic marked with “7” in a triangle, for example). Since then, the industry reacted to the public concern by substituting bisphenol A with other types of bisphenols: BPS, BPF, BPB, BPZ and more, marketed as "BPA-Free". What’s the difference between bisphenol A and its bisphenol substitutes you ask? One difference is that these substitutes are new and therefore less is known about them.

Synthesizing chemical variants is a faster process than conducting thorough safety research, as many of the effects accumulate over time before they become evident. But science always catches up. And when it does, the results are not always pleasant.

Is BPA-Free safe? Some BPA substitutes appear just as harmful

Recent scientific studies examined BPA substitutes like BPS (bisphenol S), BPF (bisphenol F), and according to their findings, a “BPA-Free” label is not a safety guarantee.

A study published in July 2019 [5] shows that exposure to BPS and BPF is correlated with obesity in children and teenagers. The researchers used urine sample data collected during 2013-2016 from over 1,800 kids, and found an association between the levels of BPS and BPF to body mass and specifically to general and abdominal obesity. This doesn’t prove BPS and BPF cause obesity, but the link between the two exists (exposure to BPA is a known [14] contributor to obesity.)

BPS and BPF are not alone. Earlier in 2017 [6], the U.S. Environmental Protection Agency (EPA) tested the endocrine disruption potential of 6 commercially available BPA-Free alternatives on human cells. The researchers exposed cells to BPA and to BPS, BPF, BPAP, BPAF, BPZ and BPB, and measured their impact on estrogen receptor activity (a modified activity means the body’s normal regulation can be affected). All 6 BPA replacements displayed estrogenic effects, and 3 of them (BPAF, BPB, and BPZ) were even more potent than BPA.

In an experiment [7] from 2018, exposure of female mice fetuses and newly born male mice to small amounts of common BPA replacements resulted in abnormal eggs and indications for lower sperm counts. These abnormalities were passed on for three generations.

Previously, researchers showed [8] that exposure to low levels of BPS disrupted the proper embryonic development of fish, leading to premature egg hatching, and overstimulation of the brain cells regulating reproduction. This experiment adds to 32 previous animal studies [9] on BPS and BPF. The majority of these studies discovered that the hormonal activity of BPS and BPF is similar to that of BPA.

We wouldn’t be so worried about all this had BPA-free substitutes remained fully bound to the products they compose. But this isn’t always the case. Another study [10] tested 50 different “BPA-free” resins (plastic raw material), and found that some of them leached chemicals with measurable impact on hormone-sensitive cells. Exposure to UV radiation increased the leaching in some cases.

While the body of evidence on the potential health effects of BPA-free substitutes is accumulating, you might want to reduce your children’s exposure to these chemicals, which may be contained in plastic marked "7", "PC" or "Other" for example (plastic made of polypropylene and polyethylene, marked 2, 4, or 5, isn't supposed to contain BPA or its substitutes.)

The American Academy of Pediatrics suggests to use alternatives to plastic, such as glass or stainless steel, when possible.

Glass is easy, but what should you know about stainless steel? The common food-grade stainless steel is called “series 304”, 18/8 or 18/10 (which stands for 18% chromium and 8-10% nickel content). Double check your containers and water bottles don't come with plastic or aluminum lining. Some studies [11] point out that stainless steel cookware may leach metal when you cook acidic food in it (e.g. tomato sauce), but these conditions are not similar to cold food placed in a lunch box. Further experiments show that metal does not leach into water [12, 13].

Taking into account all of the above, that’s our safe and practical choice our own children.

If you read this, you may also be interested in Clearya's review on formaldehyde leaching from bamboo cups, or in the Clearya iPhone app, Android app, or Chrome extension, which automatically check ingredients safety in your daily products, while you shop online.

‍Disclaimer: the content in this blog post is provided for general information, and does not substitute any medical advice by your own doctor or another health care professional.