Why You Should Be Making Your Own Deodorant (recipe included)

Why You Should Be Making Your Own Deodorant (recipe included) 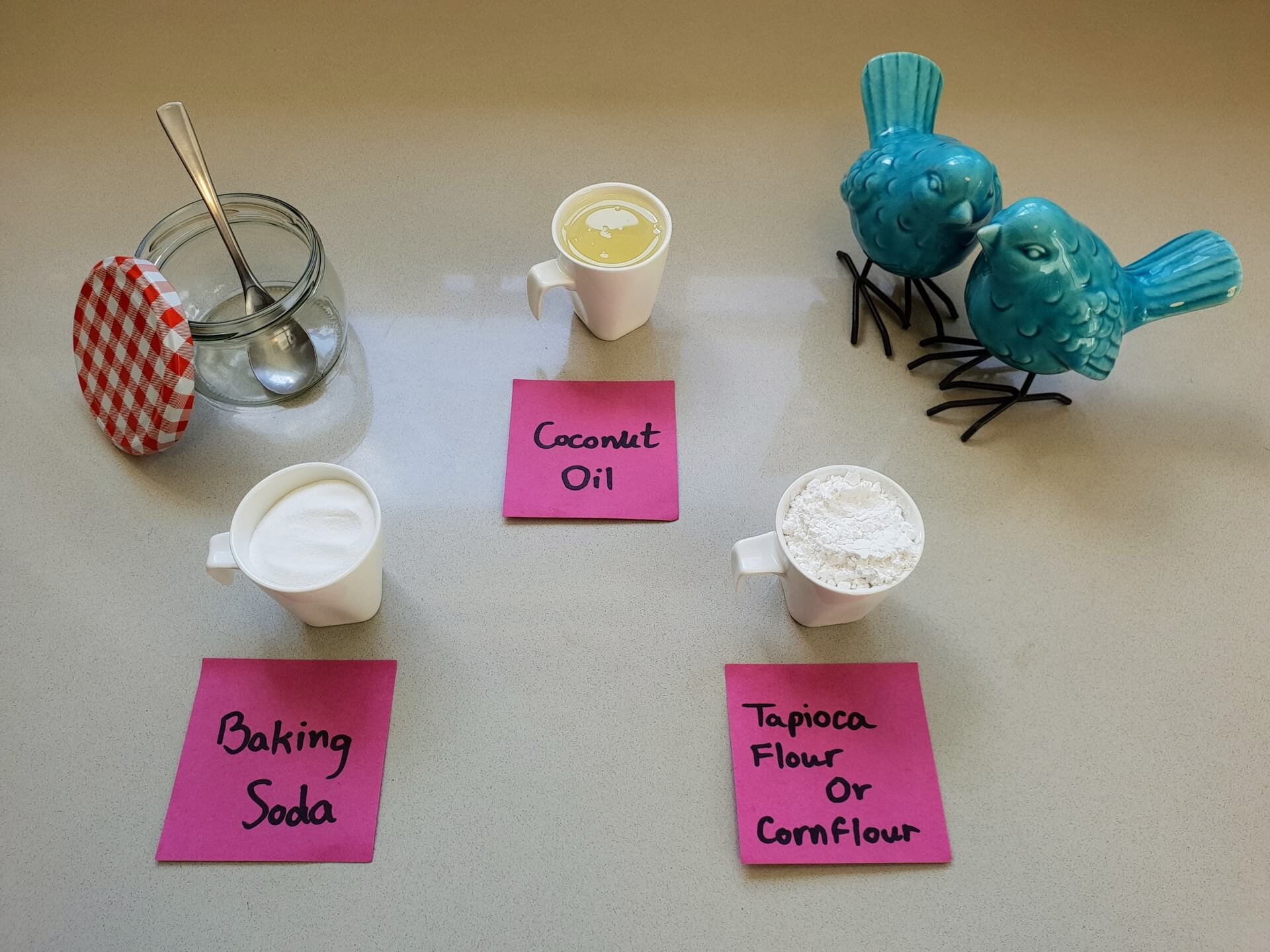 Buying a deodorant that's all-natural and non-toxic sounds like a fairly simple task, right? Well, not exactly. Finding one that actually does what a deodorant is supposed to do and making sure it is truly safe and non-toxic proves to be easier said than done. You may be asking why this even matters and the answer can be found in the ingredient labels of the antiperspirants you buy at your local drugstore.

If you go into a drugstore and pull an antiperspirant from the shelf, you will most likely find that it contains some form of aluminum. In the last couple of decades, antiperspirants have been stirring up a conversation and aluminum has been at the center of it. This ingredient, for its most basic use, is included in antiperspirants to “plug” the glands that sweat comes out of. While this sounds like what a deodorant should be doing, you may ask yourself if blocking our body’s natural perspiration is the right thing to do.

But there’s another thing that comes with using an aluminum-based antiperspirant other than having perfectly dry underarms. Scientists have shown that aluminum compounds can interfere with the proper function of the estrogen female hormone in human breast cells. This is an important finding because estrogen plays a major role in breast cell development, and when it’s out of balance, it can promote tumor growth. Previous studies have demonstrated that concentrations of aluminium chloride in the range of those measured in the human breast can transform mouse breast cells and enable them to form tumors. Other recent research analyzed the data from 209 breast cancer patients, in comparison to 209 healthy women, and found a statistically significant correlation between the quantity of aluminum in breast cells and the occurrence of breast cancer in patients who reported using underarm cosmetic products more than once a day when they were under the age of 30.

In contrast, it should be noted that most of the previous studies that investigated a possible association between antiperspirants and breast cancer were not able to provide conclusive evidence. Based on that, the position of the U.S. National Cancer Institute and the American Cancer Society, is that there is no clear scientific evidence of a link between using antiperspirants and increased risk of breast cancer.

The concern about the safety of antiperspirants has risen a great amount in the last decade, and in doing so, has led to the growth of the aluminum-free deodorant market. However, there are two slightly unsettling aspects to the non-aluminum based deodorants being sold in stores. The first is that sometimes they contain other potentially unsafe ingredients, such as parabens (preservatives) and phthalates (common ingredients in synthetic fragrance) that are also linked to hormone disruption (you can use the Clearya iPhone app, Android app, or Chrome extension to check ingredients safety when you shop online). Also, not all of these deodorants are equally effective, so you might need to try a few options before you find the one that satisfies you.

If you are someone who is concerned about the effects the ingredients in deodorant might have on your health AND you don’t want to walk around smelling less than your best all day, we are here to provide you with a third option: make your own deodorant!

Making your own deodorant may seem like a foreign concept but the benefits of it can’t be found anywhere else. This is one of the best ways to ensure you know exactly what you’re putting on your body, and that it’s not harmful to your health. Making your own deodorant is cheaper than buying it, it helps the environment by not using plastic packaging, it’s easy to do, and the best part about it is… it actually works!!

Unlike antiperspirants that block sweat, or deodorants that mask it, the concept behind this DIY deodorant is to increase the pH of the skin a bit (make it less acidic). This creates a less hospitable environment for our underarm bacteria who are the ones that give the sweat its bad odor when they feed off our sweat and break it to smelly compounds.

1. Take 3 shot glasses of the following (you can use smaller or bigger glasses, but keep the ratio the same):

3. There you go. I recommend keeping your deo in a glass container.

Apply half a pea size amount for each armpit when needed. The impact usually lasts for at least 24 hours, but you can use it more often if needed.